Straight Talk, Straight to Your Inbox

I knew becoming a mother would have a major effect on me. It would be pretty hard for it not to. I just didn’t expect it to happen so soon. Of course, I knew my body would be changing, but I didn’t know how much my mentality would shift in just a few short months.

These changes have affected my mind, body, and soul. However, you don’t have to be pregnant to implement some similar changes within yourself. Great news for all you guys out there!

Three solid ways to create change within yourself:

1. Acceptance. The first and most noticeable change I’ve experienced is with my body. As someone who has always had a flat stomach, no matter the weight I’ve gained (now, before you go hating on me for that first statement, understand that while my stomach remained consistently flat, my booty, hips, and thighs are a whole other story!), I expected I’d be a little freaked out when I saw my bump billowing below. I’ve actually been quite the opposite. I’m digging the bump! I rub it daily. Is that normal?! Oh, and those pesky worries about the inevitable weight gain have been minimal. Huge! I’m officially the heaviest I’ve ever been in my life, and yet I look at my body in a different light, finding it more incredible and beautiful each day. The acceptance of this process and the bigger picture of what is happening has me at ease. Too often we hate on ourselves instead of understanding the entirety of what is happening and choosing the grace of acceptance. What are you beating yourself up about? What would acceptance look like for you.

2. Assurance. In 2014, I experienced a miscarriage at 11 weeks, just prior to when we had planned to announce it. It devastated me and literally ripped my world apart. I had been going to CrossFit consistently before that and abruptly stopped – for months. I remember thinking people would judge me for the weight I had gained, which seemingly appeared to be for no reason. I couldn’t talk about the miscarriage; that would be taboo. And, yes, I realize that’s crazy talk! This go-round, I took the first trimester easy, mostly due to my lack of energy. Now that I’ve been back at CrossFit for the past few weeks, I’ve noticed a certain level of assurance. I don’t care what judgment may be passed on me or the modified movements I’m doing. I’m singularly focused on myself, on my health, and on the health of this little baby growing inside me. This assurance has developed a new level of confidence. Too often we worry about what others are thinking about us instead of focusing on what we believe and are trying to achieve and choosing the peace of assurance. What are you avoiding because you feel judged? What would assurance look like for you?

3. Forgiveness. I thought I had to avoid only raw fish, soft cheeses, and deli meats when it came to eating for the next nine months. I was wrong. The laundry list of do’s and don’ts is as exhausting as the laundry for a newborn is going to be! There’ve been some Oops! moments while I’ve been learning all the things I should avoid to keep the baby and myself healthiest. Those Oops! moments have led to a few meltdown sob sessions, with me stating, “What if I did something to hurt the baby?!” I’ll blame it on the hormones. Thankfully, the doctors have reinforced that I’m doing everything “right.” I’ve had to extend a lot of forgiveness to myself through this process. It’s been quite the freeing feeling. Freedom comes after forgiveness. Too often we forgive others quickly but leave ourselves drowning instead of choosing the faith of forgiveness. What are you holding against yourself? What would forgiveness look like for you?

I’m a changed person, and I still have months left before the life inside me really rocks my world. Each day I’m learning more about myself and exploring the world with a new awe and wonder. I know it doesn’t take being pregnant to make this happen. It simply takes you wanting more from your existence than to just be and walking each day with the intent to find your freedom. 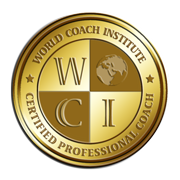 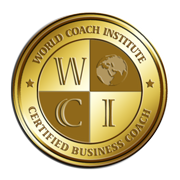